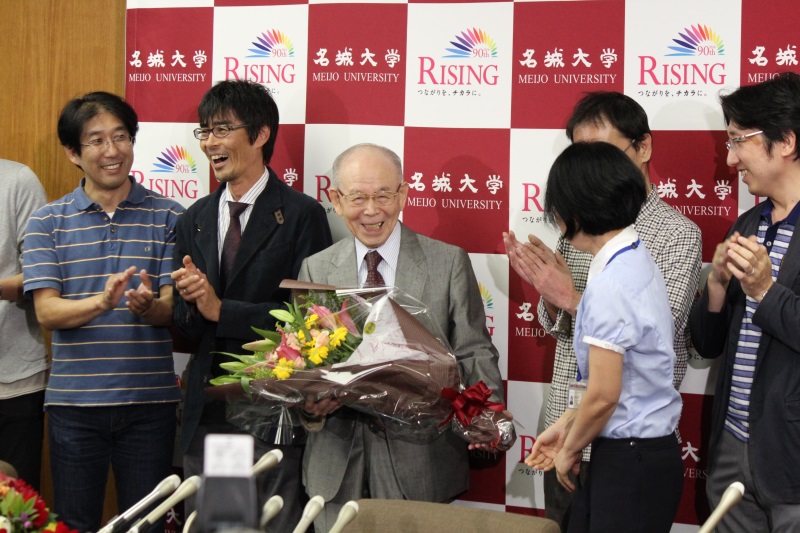 On October 7, 2014, the Royal Swedish Academy of Sciences announced that Professor Isamu Akasaki (professor in the Graduate School of Science and Technology) was one of three persons awarded the Nobel Prize in physics 2014 for the invention of blue light-emitting diodes (LEDs).

Meijo University and indeed all of Japan is overjoyed with this news, which marks the first Nobel Prize for a researcher at a private university in Chubu region.

We would like to thank you cordially for all the kind letters and requests from all over the world for Dr. Isamu Akasaki, who is a 2014 Nobel Laureate as well as a University professor at Meijo University.

Professor Akasaki has been extremely busy since the Nobel Foundation announced Professor Akasaki to be one of the 2014 Nobel Prize laureates in physics. Under the circumstances there may be some cases where we may not be able to respond to your letters and requests adequately. We would like to ask for your understanding in this matter.

Thank you again for your kindness and understanding.