Located in the eastern part of Nagoya city, the Tempaku Campus is the main campus of Meijo University. Many students and teaching staff engage in a wide range of activities on this expansive, urban-based site. Based on a redevelopment plan in effect since 2002, the campus has undergone a makeover symbolically centered around Tower 75. April 2013 saw the completion of the Laboratory Building II.

The Faculty of Pharmacy at Yagoto Campus provides a complementary mix of advanced education and research facilities with the quality that can be found only at a private university.

In 2017, three faculties and two graduate schools came together to create a comprehensive home for humanities field.

Meijo University has created a new campus--Nagoya Dome-Mae Campus--near the Nagoya Dome stadium, a Nagoya city landmark. The new Faculty of Foreign Studies has been established in 2016, and in 2017, the Faculty of Human Studies, Graduate School of Human Studies, Faculty of Urban Science, and the Graduate School of Urban Science have been relocated from their original locations to this new campus. The Nagoya Dome-Mae Campus will lead the university's move toward internationalization and will also aim to become a hub for community-based collaborations. 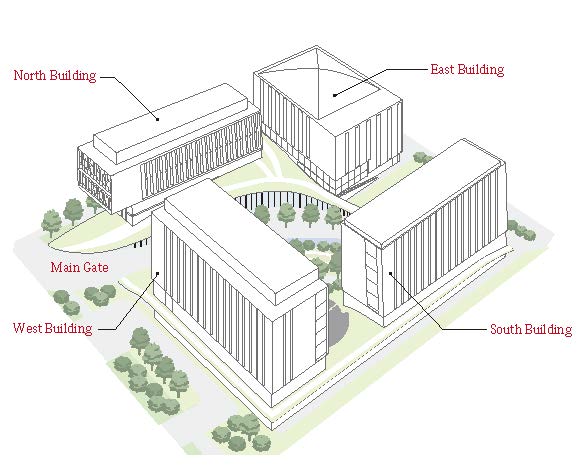