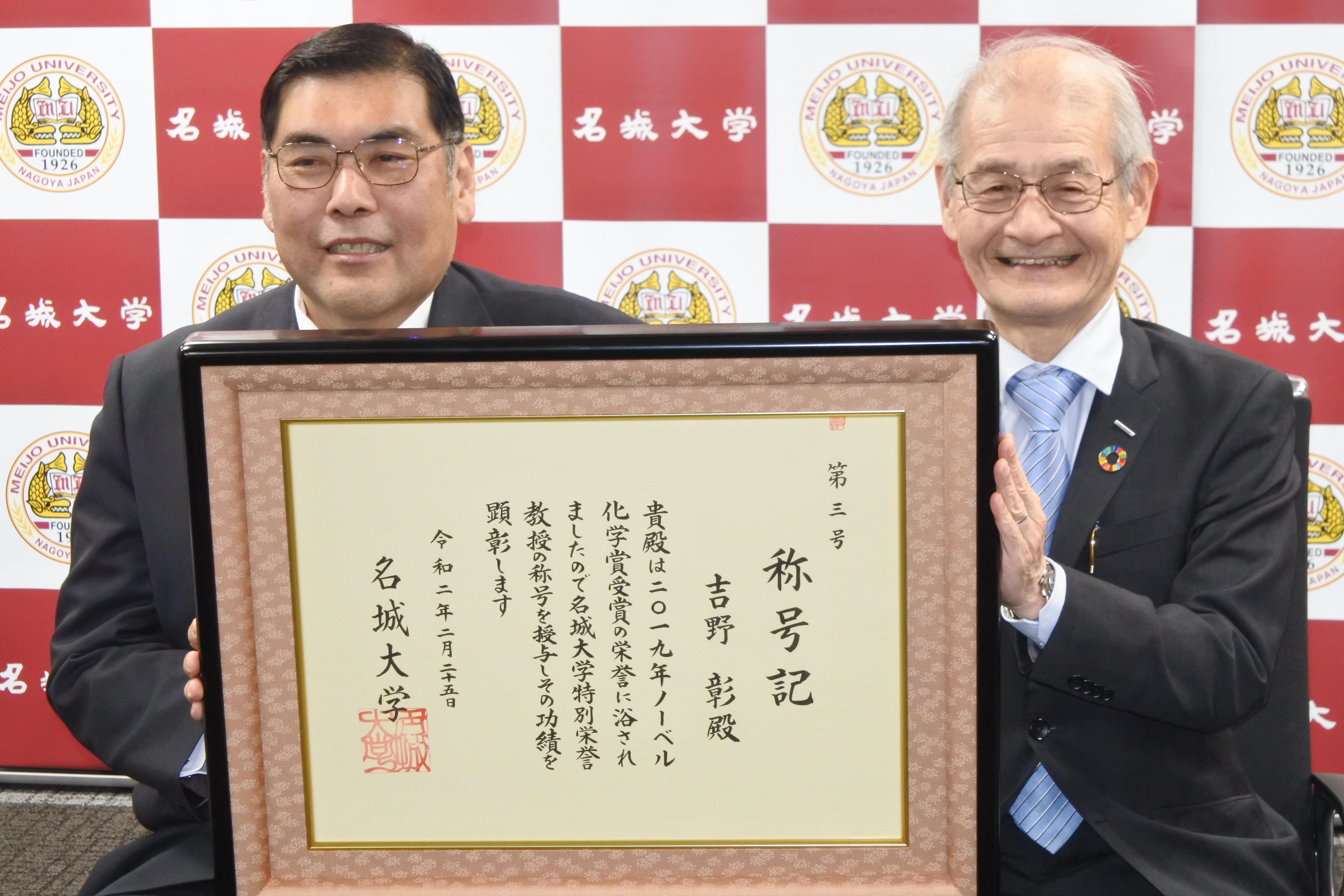 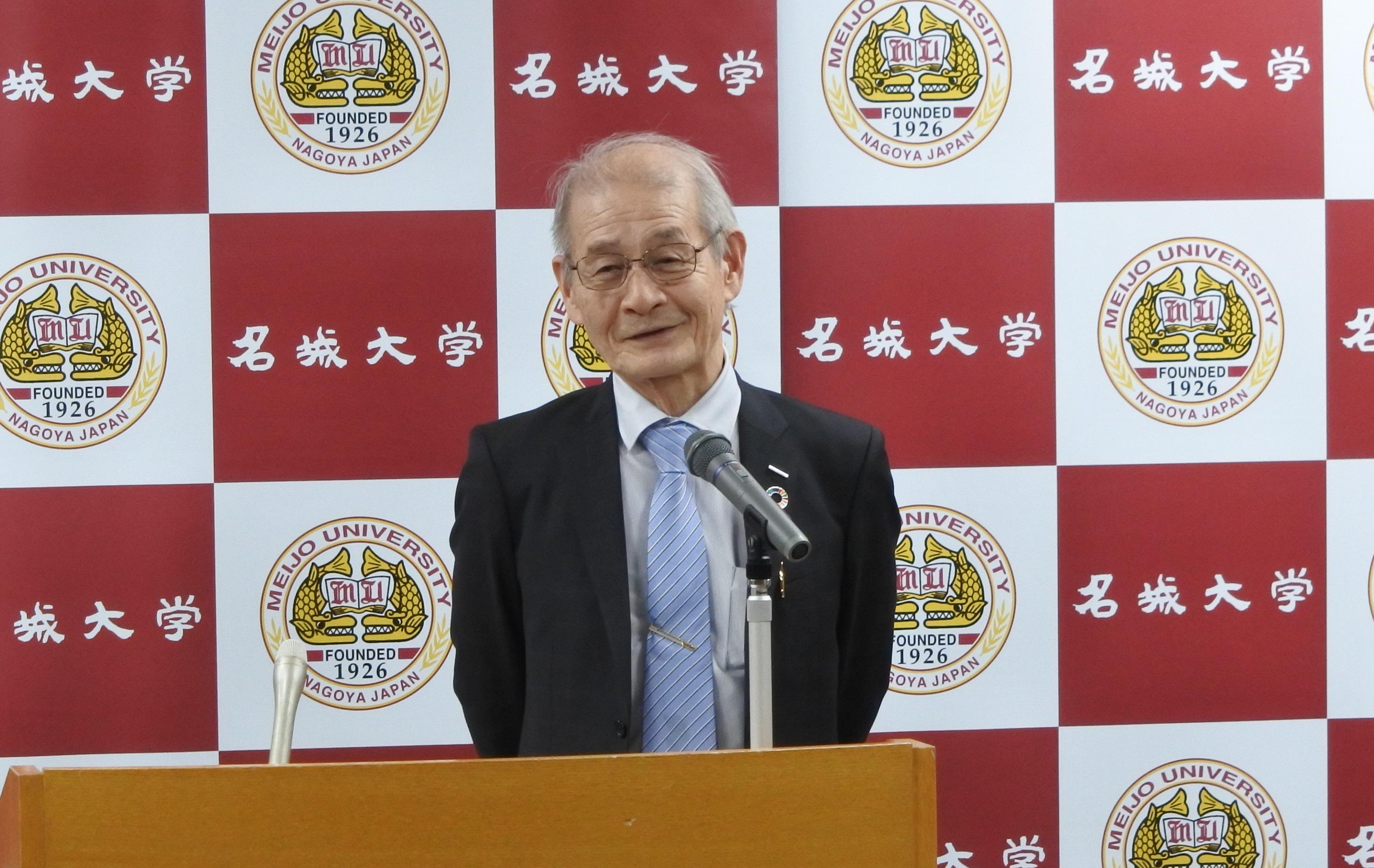 On February 25th, the title, Distinguished Professor of Meijo University, was awarded to Professor YOSHINO Akira (72) who developed the lithium-ion battery and was awarded the Nobel Prize in Chemistry at the Graduate School of Science and Technology.

The Award Ceremony was held at the Headquarters Building on Tempaku Campus with the university President, Dr. OHARA presenting the title certificate and a commemorative gift to Dr. YOSHINO.

Dr. YOSHINO started working at Meijo University as a professor in the Graduate School of Science and Technology in July 2017 and has been delivering lectures on “Advanced Material Engineering for Energy and Environment” since April 2018. President OHARA demonstrated high expectation by asking stating “We are quite sure that Dr. YOSHINO would provide us, Meijo University as a whole, with much energy.”

Dr. YOSHINO promised in his speech to “do my best to promote the name of Meijo University across the nation and the world.” As for the gift, “I would like to take my family, all eleven members who were with me in Stockholm and also some of the members who couldn’t make it out for a trip to somewhere in Japan,” he added.