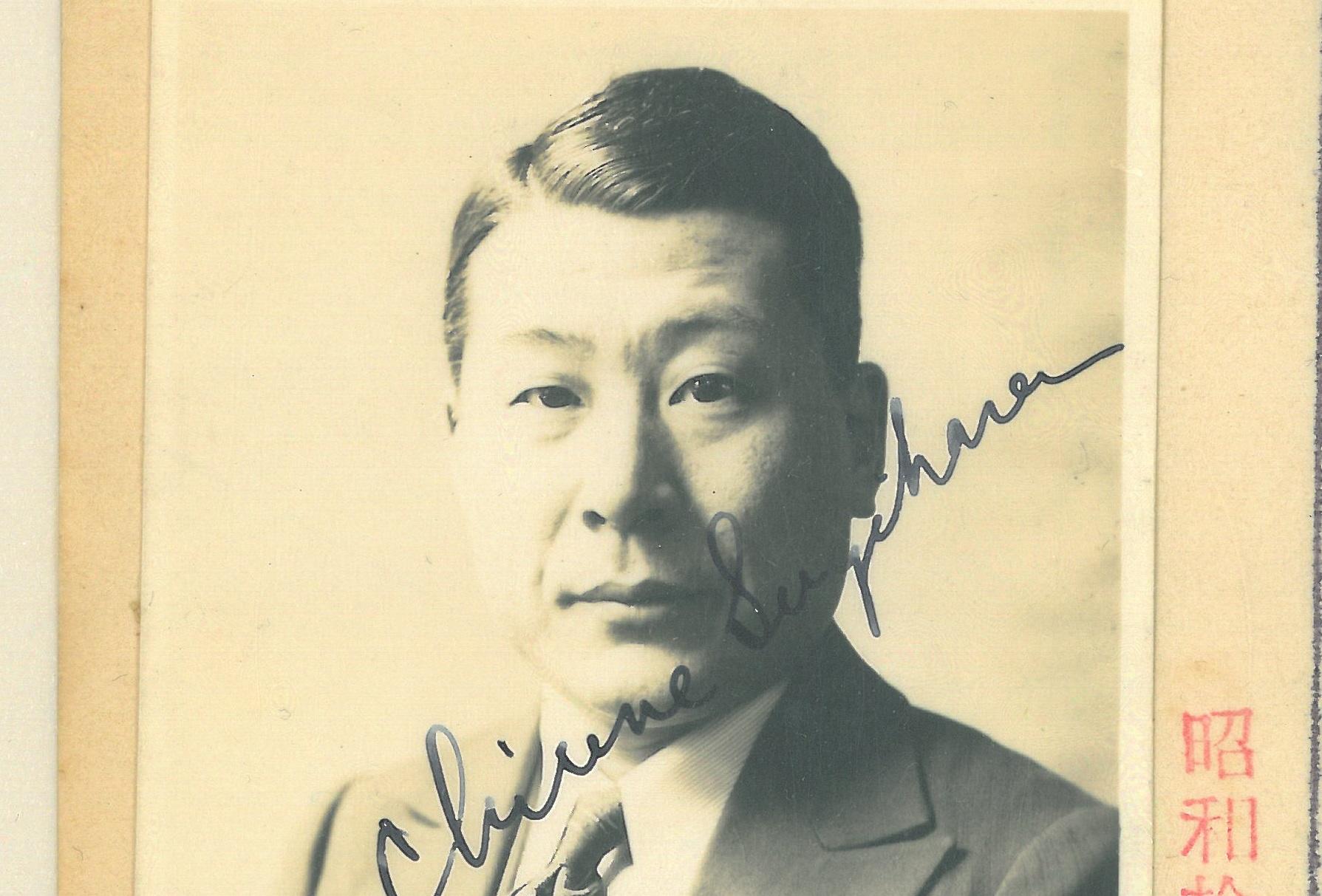 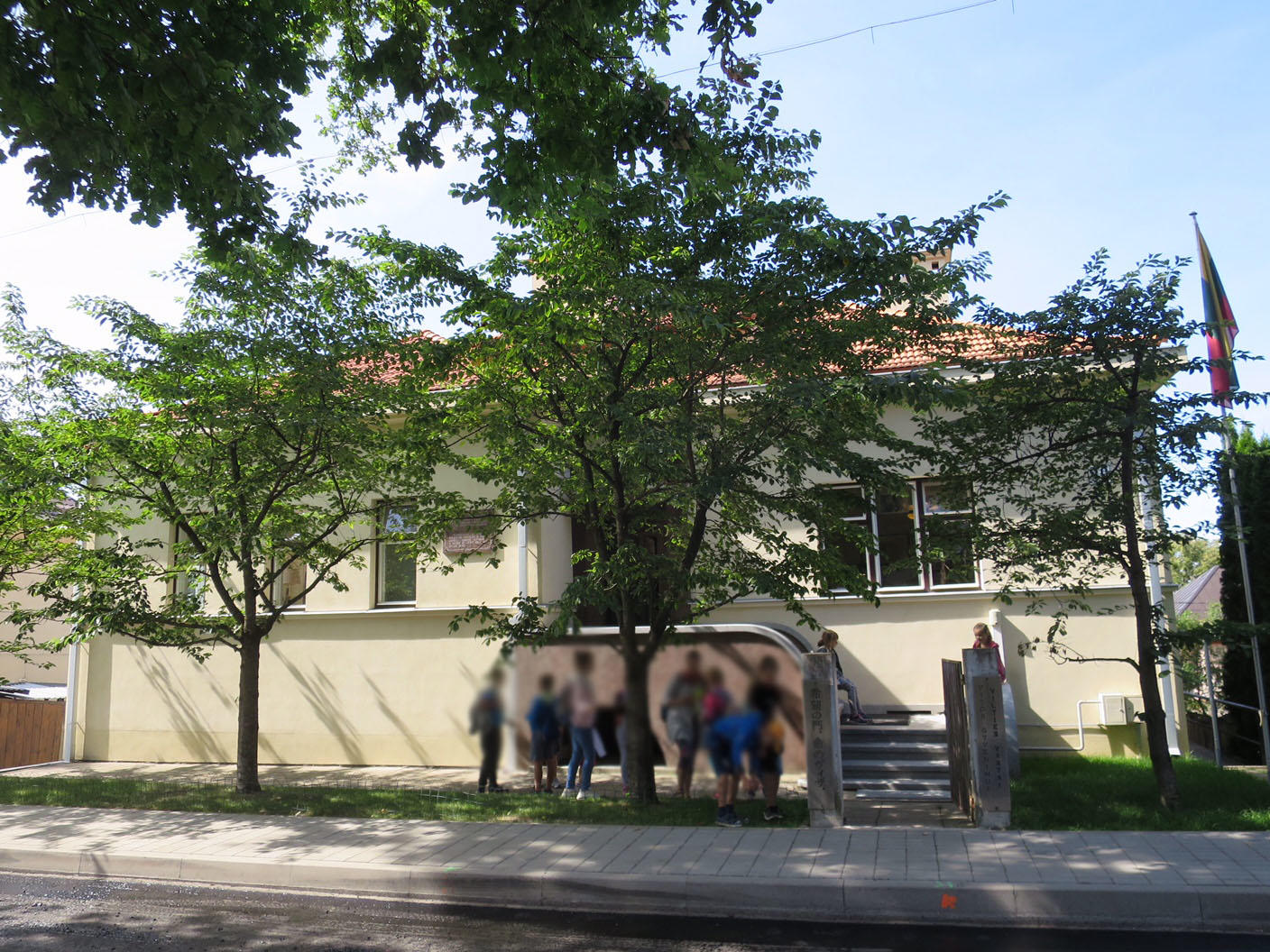 The 80th Anniversary Webinar on Chiune SUGIHARA andVisas for Life

Chiune Sugihara, the Japanese consul in Kaunas, Lithuania, issued a large number of transit visas for Jewish refugees, most of whom took refuge from Poland occupied by the Third Reich and the USSR, and rescued approximately 6,000 of them from the Holocaust in summer of 1940. This year, 2020, marks the 80th Anniversary of the Visas for Life, his noble work in Europe, and the 120th Anniversary of his birth. The Lithuanian Parliament approved the initiative to name 2020 the Year of Chiune Sugihara, and the Lithuanian government is holding many events related to the Visas for Life in Lithuania and Japan. Yad Vashem, the Holocaust Memorial Center in Jerusalem, honored Sugihara as one of the Righteous Among the Nations in 1985. The Aichi Board of Education established Sugihara Chiune Park in front of Zuiryo Highschool, Sugihara’s alma mater, to memorialize his virtuous effort, in Naogya in 2018. Meijo University has trained Sugihara Chiune volunteer guides in Nagoya since 2018. In academia, some new research on Visas for Life has been published around the world. To commemorate the 80th Anniversary, the webinar on Visas for Life will be organized as follows:

“Yad Vashem and the Decision to Recognize Sugihara

as a Righteous Among the Nations”

“Jewish Refugees’ Severe Escape from Lithuania to Japan in 1940-41”

Supported by the Japan Foundation

Note: The webinar will be recorded and uploaded in this homepage sooner.

In 2020 we know already what happened in Europe 80 years ago. The events that then took place in Europe were of such importance and influence, bringing such irreversible losses that no other event can be equated to them. It all started with a reluctance to help and an inability to prevent tragic events. After the most influential states of the world had turned away from Jewish refugee problem after Evian in 1938, it was clear that there would be no need to wait long for the consequences. European Jews were left in the dark, their fate did matter to minority and usually it was an acceptable domestic and foreign policy agenda. The aggression against Poland came out as the result of a long silence and reconciliation policy. At the end of the summer of 1939, it seemed that Germany and the Soviet Union could do as they pleased and nothing could stop them. As the war broke out in September 1939, thousands of refugees ﬂew toward Lithuania from conquered Poland: 14,000 Jews, 18,000 Poles, 14,000 internee soldiers. They were trying to ﬁnd safe shelter for themselves and members of their families from war. Refugees arrived into Lithuania escaping territories occupied by Nazis and in the same way - leaving territories occupied by Soviets. In the fall of 1939, Jewish refugees who found themselves in Lithuania tended to settle in the culturally and linguistically familiar district of Vilnius. With support of Lithuanian State, the Committee to Aid Jews was set up in Vilnius. Financial support of Lithuanian State, international organizations and Poland’s allies - France and England were very important in this case. Refugees were supplied with nutrition, clothing, housing, childcare, operated canteens, tailor shops and dormitories. Jewish refugees lived peacefully in Lithuanian Republic until it was occupied by Soviet Union in June, 1940. There were no single cases of anti-Semitic or anti-refugee violation registered in Lithuania. It is usually not mentioned in academic sources that Jewish refugees did not try to leave Lithuania until summer 1940. Unfortunately, 9 months of refugee life in Lithuania has been forgotten. However, it was (and still is) the key factor that refugees spent this time full of events in Lithuania until summer when they were rescued by Sugihara.
Simonas Strelcovas

Yad Vashem and the Decision to Recognize Sugihara

as a Righteous Among the Nations

Abstract. Yad Vashem has played an important role in the international recognition of Sugihara and his act of visa granting. Established by the State of Israel in 1953, Yad Vashem (lit. “a monument and a name”) is its official memorial to the victims of the Holocaust. One of the core goals stated in the charter of this institution at the time of its establishment was the honoring of non-Jews who risked their lives and liberty to save Jews during the Holocaust. Nonetheless, it took another decade before a commission was charged with the duty of awarding the honorary title “Righteous Among the Nations” to pertinent rescuers. Shortly later, in 1968, Yad Vashem was informed about the case of Sugihara but did not find it to meet its criteria for the title “Righteous Among the Nations.” Sixteen years later, however, the Yad Vashem’s Commission for the Designation of the Righteous determined, though not unanimously, that Sugihara met the necessary criteria and, thus, resolved to award him the title of Righteous Among the Nations. It was the beginning of a world-wide recognition of Sugihara as a humanitarian hero and a paragon of virtue. This presentation focuses on the 1984 decision-making at Yad Vashem, its background, motives, and implications.

Bionote. Rotem Kowner is Professor of Modern Japanese History at the University of Haifa, Israel. In recent years, his research has focused on Japan’s modern wars and the contacts between East Asia and the West since the early modern era. His recent works in these domains include a second edition of his Historical Dictionary of the Russo–Japanese War (2017), the edited volume The Impact of the Russo-Japanese War (Routledge, 2007), Tsushima (Oxford, 2021), as well as the monograph From White to Yellow (vol. I): The Japanese in European Racial Thought, 1300-1735 (McGill-Queens University Press, 2014), and the co-edited two volumes Race and Racism in Modern East Asia (I): Western and Eastern Constructions (Brill, 2013-15).

“Jewish Refugees’ Severe Escape from Lithuania to Japan in 1940-41”

It has been believed that he issued 2,139 visas for miserable Jewish refugees, who had escaped from the German occupied Poland, and he rescued almost 6,000 Jews from the Holocaust. However, Dr. Strelcovas’ new research shows that 85 % of those refugees, Yeshiva students, rabbis, their families, and devout youngers influenced by the Zionism, escaped from the eastern Poland occupied by the Soviet Union. It means that many of the refugees escaped not from the Holocaust but from the Stalinism, which prohibited freedom of religion. The number of the rescued Jews is also questionable. It is clarified in Polish and Russian researches that less than 2,500 refugees passed through Siberia by the Trans-Siberian Railway and were registered at the Embassy of Poland in Tokyo. The number of the 6,000 is rather big amount.

In the Foreign Ministry Archives in Tokyo, there is a list of Visas for life issued in Kaunas, Lithuania, in summer 1940 by Sugihara. There is only an American name in the list, Moses Beckelman. He was dispatched from New York to Lithuania in 1939 by the American Jewish Joint Distribution Committee, the world's leading Jewish humanitarian assistance organization. He surely met Sugihara in Kaunas in summer 1940 and negotiated issuing Japanese transit visas for the refugees. In order to escape from Lithuania annexed to the Soviet Union in August 1940, they needed the Soviet permission for leaving the country and had to buy the expensive train tickets toward Vladivostok, then tickets of passenger liners to the final destination via Japan. Beckelman exactly promised Sugihara to provide huge amounts of funds for the refugees and the JDC remitted the relief fund to Lithuania. Beckelman left Lithuania with the refugees in February 1941 and stayed in Japan in March and April. He arranged the relief fund for the refugees in Japan in cooperation with the Jewish Community in Kobe. The Japanese government asked them to leave Japan as soon as possible, but no state accepted 900 refugees, most of whom were Yeshiva students and rabbis. Japan finally deported them to Shanghai in autumn 1941. Beckelman went to Shanghai and supported them. The American Jewish supports for the refugees were indispensable in Sugihara’s rescue story.